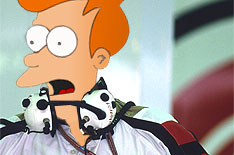 Following his recent proclamation that 2007 was Jenson Button’s best year yet, Honda’s Nick Fry has this week gone even more mental with an announcement that murder victims get the better end of the deal.

“Ironically, for me, the victim is the real winner” an inanely grinning Fry said yesterday. “It’s a no brainer, really. Their cost of living goes way down and their dreams of living a long life are ‘recalibrated’.”

“As an added bonus, their carbon footprint drops to zero – forever!”, the inexplicably-still-employed buffoon continued. “That’s got to be a good thing,” he added, crossing out the name on his office door and replacing it with a picture of the earth, like a complete div.

Fry claims that the murderers, if caught, are the real losers: “Put it this way: getting banged up in Pentonville on a ten-stretch isn’t anyone’s idea of fun, is it? Okay you might get a good bum raping, just like our drivers this season. But ironically, for me, the chance of rehabilitation and a long, healthy, happy life after prison seems like the worst end of the murderer/murdered deal.”

Fry’s latest reason-defying statements are not the first time the Honda CEO has emerged jabbering from some sort of tear in the fabric of conventional logic. Previous leaps into a world that makes no fucking sense have included, “This Japanese bloke seems good at techie stuff. Willis, get your coat, you’re fired,” and of course the legendary, “Hi, is that Super Aguri? I want you to take our race winning 2006 car, it’s actually completely shit and we’ve got something much better for 2007…”