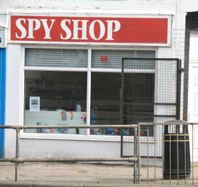 There was almost no shock whatsoever in Formula 1 this week with news that the FIA is to investigate Renault for spying. According to a man who was speaking next to the FIA building, ‘Following a tip off from an anonymous source in the Modena region of Italy we are looking in to claims that Renault Formula 1 have contravened the rules of the sport and may be docked points both for utilising illegally acquired data and for competing in a car that wasn’t red’. The speakersman refused to give any more details has he had to rush off ‘to give Jean Todt a back massage’.

If these rumours are proved to be true the FIA may be forced to minimise the damage to F1 by bringing this whole affair to a sharp and definite conclusion, a view shared by one senior junior. ‘One way of doing this would be simply to say that all teams are forbidden from scoring points until 2025, except Ferrari’ he admitted. ‘Frankly, it would be a lot more straightforward than the original way they were going to use to get that rule introduced’.