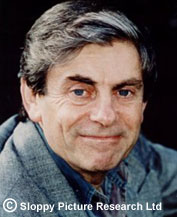 There was huge embarrassment for the police this week as Meredydd Hughes’s conviction for speeding accidentally revealed that one of their senior officers might be a ‘normal person’.

As the Chief Constable of South Yorkshire received his 42 day driving ban for doing 90mph in a 60mph zone, many top police officers were said to be humiliated and furious that such a high ranking law enforcer might accidentally have allowed the general public to relate to him in some way.

“This matter is proceeding in an extremely difficult direction,” said one speaking policeman. “My colleagues and I are worried that Meredydd Hughes might have been experiencing puny human emotions like being able to assess road and traffic conditions and realising that you can go faster than 60mph on an A-road early on a Monday morning without killing anyone”.

“That’s not all,” our copper gob continued. “We are also extremely concerned that, whilst the Chief Constable clearly committed a crime, it is a crime that ‘the normals’ commit every day and this simply won’t do. How are we supposed to maintain a rabid, binary and unrealistic outlook on speeding when one of our own is behaving like the untermensch? The police simply cannot break the law in this way because it proves that the law is flawed. We must only break the law in ways the humans cannot relate to nor excuse at all. For example, murdering a man at a Tube station. We’re bloody good at that one”.