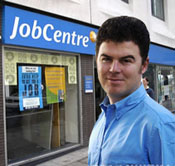 Yes, it’s the best news since some bloke took his new slicing machine round to Mr Hovis’s house: As of next year Formula 1 will be back on the BBC.

Now, aside from celebrating an end to irksome ad breaks and the repetitive sponsorship bumpers therein, lots of people have e-mailed since last week’s announcement to point out that perhaps we have, at last, Stopped The Cock.

Obviously Sniff Petrol would like to take all the credit for this, even though it’s patently not true and might make us look self-aggrandising to the point of mentalness. Besides which, we’re not out of the wet voiced woods yet and there’s always a small chance some buffoon at Television Centre will accidentally phone the weak milky stats bore and invite him to jump channels. But let’s hope it doesn’t come to that.

If you’re listening, slightly victorious and smug BBC Sport people, here are some pointers for your F1 coverage:

1. Do NOT hire James Allen.

2. Bring back The Chain as the theme tune. This is what the people want from F1. Not flashy graphics, not seamless punditry, just turning on the telly of a Sunday afternoon to hear ‘bumm bu-bu-bumm bu-bu-bububu-bummm…’ and then that ace bit where it gets all exciting and the guitar goes ‘nangnangnangnangnangnangah!’ NB: This MUST coincide with a shot of an F1 car bottoming out and sparks coming off the bottom. It’s THE LAW.

3. Do NOT hire James Allen.