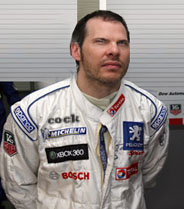 Whilst Felipe Massa baffled race fans at the French Grand Prix with claims that he had injured his neck by ‘sneezing in a lift’, it now emerges that other F1 drivers may have suffered similarly rubbish and probably a bit made up accidents.

First to offer an inexplicably strange excuse for an injury, and for being rubbish, was Brit ace Jenson Button (who is still British but sadly not ace). Sources within the Button camp (where his dad parks the caravan) say that the Honda driver filed another dismal performance in France because of a hurty eye muscle caused by doing a big yawn in a fast moving taxi.

Meanwhile, paddock sources say Adrian Sutil is having an equally inadequate season because of a painful arm injury caused by doing a small vurp whilst on a bucking bronco and that Giancarlo Fisichella can attribute his unnoticeable performance this year to an injured back muscle received by pushing out a massive fart during an air display.

However, seasoned F1 pundits say that this rash of bizarre injuries is in fact nothing to the so-called ‘dark years’ of 1996 – 2006 when almost every driver in successive championships would find themselves practically deaf by the end of the season and unable to get their helmets on because the sides of their heads had become massively swollen. This was eventually traced to an instinctive desire to slam their hands over their ears every time they saw Jacques ‘Fucking’ Villeneuve so that they didn’t have to hear his sodding stupid pre-pubescent Quebecoise voice.