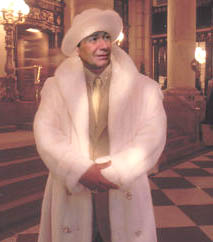 There was hope for the British car industry this week as the government announced plans to release up to £2.3bn in loans and grants to help beleaguered manufacturers through the current recession that we’re not allowed to call a recession yet. Now for the first time anywhere, Sniff Petrol can exclusively reveal how that money will be divided up amongst the main players of the UK motor industry.

Obviously a large slice of the cash is destined for Jaguar-Land Rover, in particular the money that will come from the EU as a grant for developing greener cars. In return JLR is already hard at work on what is described as ‘mild hybrid’ technology. ‘Think of it as mild like a cheddar, or a spring day, or Peter Sallis’s voice,’ said a speakerman yesterday. ‘You really will barely notice it’s there because the 5-litre V8 engine will be linked to a very mild electric motor. Of course I can’t give more mildness details at this precise moment, but basically, you know an electric toothbrush…? Can we have a billion pounds now please?’

However, Jaguar-Land Rover cannot expect to take all of the promised money for itself because other important companies within the British car industry have been quick to file their own requests for aid. Morgan, for example, has demanded what it describes as a ‘substantial cash sum’ believed to be up to seven shillings. The sports car maker, still operating from its famous factory located just next to the 1930s, has also asked for something to inspire its workforce during this difficult time, probably a framed photograph of a Hawker Hurricane.

Morgan isn’t the only small manufacturer to approach the government either. Luxury car builder Bristol is understood to have made its own typically eccentric  demands, specifically for ‘a weasel made of cheeses. Baah!’ The company is also believed to have insisted that the government prevents its factory from being attacked by space bats. ‘Arrrr, I loikes zider’ said a spokerman who, on reflection, may just have been from Bristol the place and not Bristol the car maker.

Finally, and most surprisingly, the government is understood to have received a loan request from Joan Towers of defunct Midlands car maker MG Rover. ‘That’s right,’ said a company speakingman, unnecessarily agreeing with the opening sentence of this paragraph. ‘We reckon we are fully entitled to all the cash Gordon Brown can chuck at us. I mean, everyone’s worried about UK car factories going on shutdown but isn’t he concerned that MG Rover hasn’t made a car for almost four years? Plus, there’s all this talk about selling new cars that are green, but what about all those unwanted and hilariously overpriced Rovers and MGs still sitting on a forecourt somewhere? They haven’t made any emissions since 2005. Therefore it’s only fair we get a big cheque in the post. I mean, it’s not like the government has actually spent any money on us for years. Oh, apart from that needlessly complicated enquiry that’s been grinding on forever… Damn.’